What is stigma in mental health? 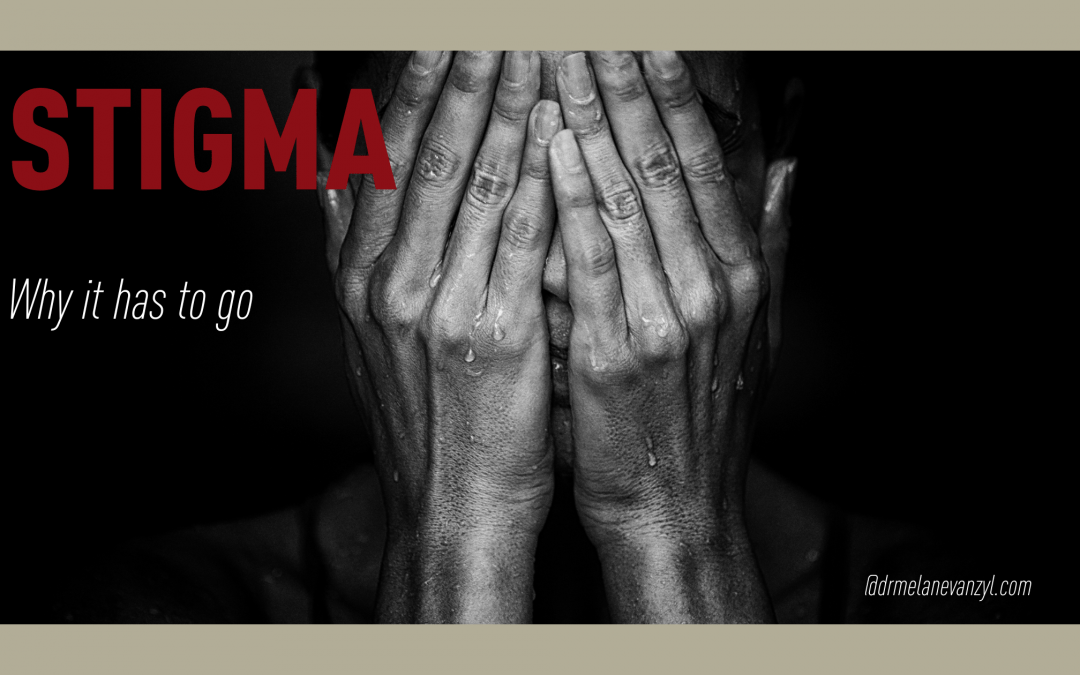 According to the Oxford dictionary stigma is “a mark of disgrace, associated with a particular circumstance, quality, or person. Stigma is when people judge you negatively because you have a certain characteristic or attribute. A large part of society think you are “less than” or inferior to them. This is of course not a good thing, and we must fight stigma.

According to Goffman there are three types of stigma:

Stigma can also be divided into three groups according to where it originates from, namely structural (from public and private institutions, health care systems etc), public (the general public), or from the self (self- stigma). As people become aware that organisations and the public stigmatise them, they internalise the perceived stigma and apply it to themselves.

Why are people with mental illness stigmatised?

• Blame
Sometimes some subgroups of people are believed to have caused their mental health problems, e.g., substance abuse users. This is a complicated issue, because if we say some mental illnesses are in part genetic (and therefor people suffering from it could not have helped it), it can increase the fear that the illness might be transmitted genetically.

• Stereotypes of Dangerousness and Unpredictability
Studies have shown that it is believed that people suffering from mental illness are more aggressive, violent, and unpredictable, even if this is not always supported by research (e.g., looking at patients suffering from Schizophrenia.)

• Knowledge about Mental and Substance Use Disorders
Education about mental and substance use disorders have produced mixed results on people’s attitude towards these disorders. People with substance abuse disorders are thought of as being weak-willed, even when evidence show that substance use patients are not less compliant with their treatment than people suffering from other medical conditions e.g., diabetes.

• Contact and experience
Research have shown that increased contact with patients suffering from mental illness can often increase stigma (possibly because some hospitals and service providers also stigmatise these patients). When it comes to alcohol related disorders, research seems to show that family members are more supportive, and the bulk of evidence suggest more contact with mental and substance abuse disorders is associated to lower levels of stigma related to these disorders.

• Media Portrayals
Much of the media’ influence tend to be negative, increasing fear that that mental health users are dangerous. One study found that tweets related to schizophrenia are much more stigmatising than tweets relating to diabetes. However, there seems to be a more positive shift in the media to support patients suffering from depression and suicidal ideation.

Consequences of stigma include:

• Reluctance to seek help
• Lack of understanding and support from families, friends and employers
• Fewer opportunities to find work
• Bullying (sometimes even suicide)
• Health insurance does not adequately pay
• Affects your self esteem

So, stigma needs to go. What can we do?

• First, stop stigmatising yourself if you are doing so. Get help! Disclose your experience
• Education- mental illness is the same as any other illness- speak out!
• Team effort between doctors, therapists, and patients, families, employers, and everyone!
• Don’t let stigma create self doubt and shame
• Don’t isolate yourself
• Remember “you are not your illness”
• Join a support group

REFERENCES:
1.Ending discrimination against people with Mental and Substance Use Disorders: The Evidence for Stigma change, National Academies Press (US), 2016
2. Better Health Channel