What is Treatment Resistant Depression (TRD)? 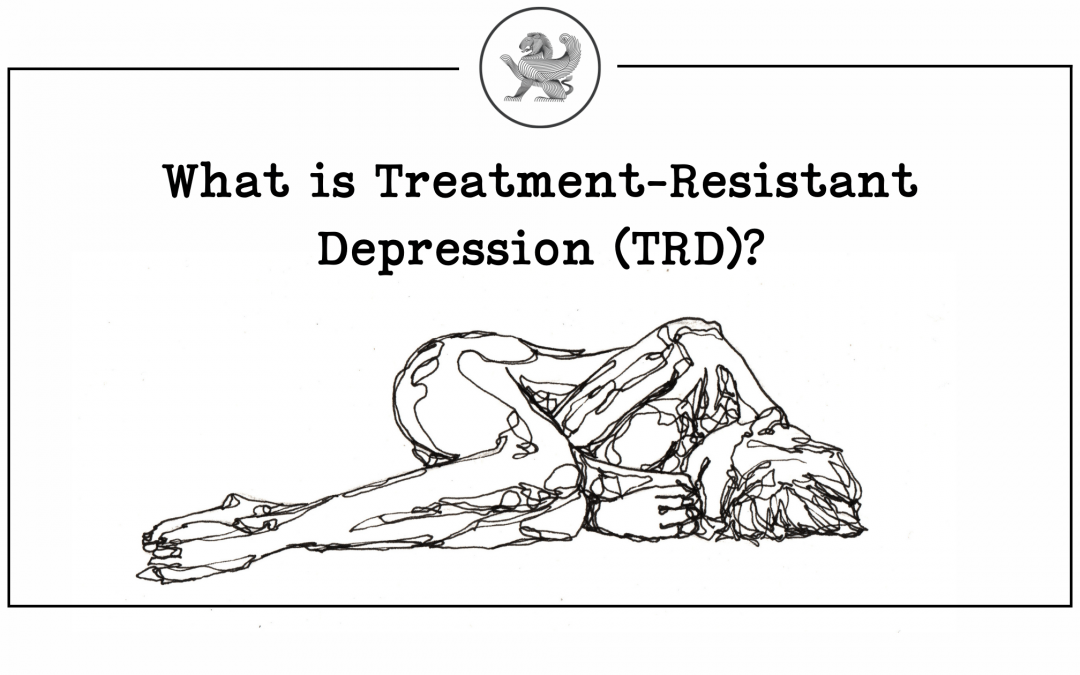 About 33% of patients with depression are still depressed after two different types of treatment. These are the patients that should be treated by psychiatrists.

The psychotherapist in me wants to validate and reassure patients with depression that one out of three is a lot, so this means if you struggle to get better it does not say anything about you as a person, it is just a scientific fact. Try not to go into the “downward spiral” thinking that goes with depression e.g., I do not deserve to get better, others are better off without me, I am a burden, etc. There is hope, and novel treatments are becoming accessible (more about that later).

Mild to moderate major depression is characterized by the following clinical features:

●No suicidal or homicidal ideation or behaviour, or ideation that does not pose an imminent risk. Ideation that does not pose an imminent risk includes the wish or hope that death will overtake oneself (e.g., “Life is not worth living” or “I would be better off dead”); or fleeting thoughts of killing oneself, with non-existent or vague plans to commit suicide and no intent.
●No psychotic features (e.g., delusions or hallucinations).
●Little to no aggressiveness.
●Intact judgment such that the patient or others are not at imminent risk of being harmed.
●Impaired functioning is not obvious.

In addition, mild to moderate major depression is indicated by a score of <20 points on the Patient Health Questionnaire – Nine Item (PHQ-9).

I have been doing PHQ-9’s on all my patients since the beginning of the year, so we have a clearer idea of how patients are improving (or not).

And then there are different types of “difficult to treat” depression:

Treatment resistant unipolar major depression eventually remits after one or more next step treatment trials in approximately 67 percent of patients.

This means that 33 percent of patients remain depressed after trying two different treatments.

Risk factors — Treatment resistant, unipolar major depression has been associated with many factors, including:

In the next article, we will begin to look at the treatment options for TRD.